The only thing I like doing when I go to London is visiting the exhibitions – particularly if they are free.  This was the first time, however, that the ideas I got from so many of them coalesced.

The Anni Albers textiles exhibition at Tate Modern was the first – since when have these exhibitions become so expensive?  At £17 with a concession & without gift aiding, it’s now becoming a question of ‘do I go to the exhibition or get the book?’ – except that the books are seldom under £30.

It was an incredibly rich and vast exhibition where the highlight for me came near the end.  I love the work produced in the modernist abstraction era emerging from the Bauhaus because it is mostly cross-discipline – it is seldom just photography, sculpture, painting, architecture, furniture design or  textiles, but each artist has a mixture of several of them.  In this case it was weaving, drawing and photography, and for me, music but in particular, music notation.  The piece which gave me that sensation was:

It gave me a sense of rhythm which I had never associated with weaving. 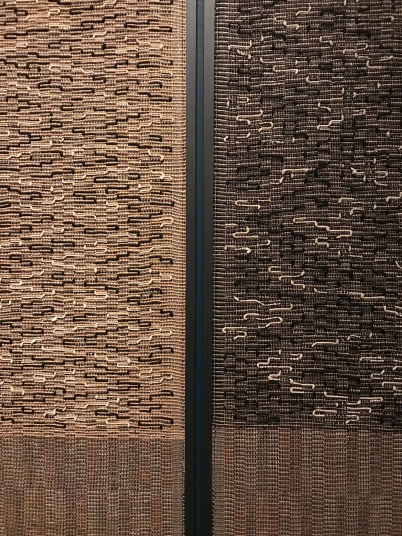 The film links which appeared after this series of wall hangings emphasised that impression.

Another aspect which struck me was the absence of conventional walls demarcating the various rooms in the exhibition.  The rooms were separated by veil-like room dividers and these were to pop into my mind again when I was reading an article on Noémie Goudal in Source issue 95 (see below).

What struck me about these was how the veils both separated and linked all the various rooms allowing the viewer to choose what is and what is not linked, in their opinion.   this also reprises the room dividers Anni Albers created for the dormitories in the Harvard Graduate Centre designed by Walter Gropius, founder of the Bauhaus school.

” These woven pieces – likely prototypes for larger works – are portable architectural interventions that can be seen as a kind of experiment in modern living.” (2)

The woven pieces which I admired the most were: 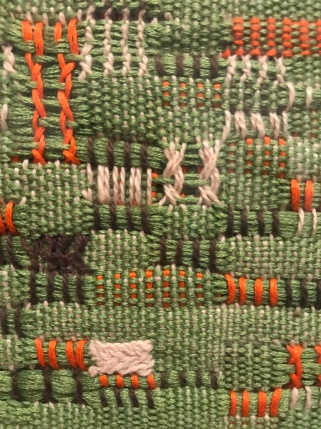 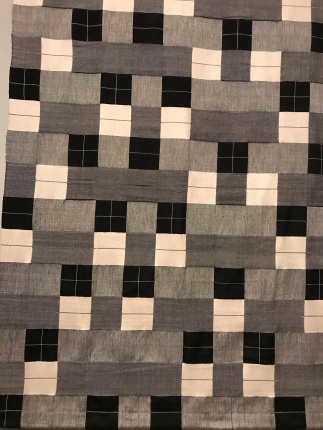 The last image is a wall hanging which has metal threads which I had not expected to see.  Albers used different materials o make her weaving not only more insulate but also sound proof.

“In weaving, Anni never limited herself to cotton or linen. Instead, she accessed plastic, metal, and wire as material to be woven. Through the juxtaposition of various materials in a single work, Albers was able to alter the perception of the surface. Anni saw worth in material through their capacity for visual effect. Material impacted the final impression of the work, all while sharpening her haptic sense.” (1)

This reference also resonates with a tapestry I had seen at the Arts Mundi (see below) and which would bring both exhibitions together.

Finally, the other work she did which struck me was her knot drawing, and embossing: 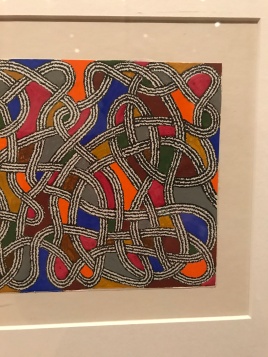 I learned much more from this exhibition than I had imagined I would and I really appreciated how it would link to the Otobong Nkanga tapestry at Artes Mundi.

What I took away with me about me:

I learned a lot about curating a huge show:

View all posts by Anna Goodchild

A glade in Loddiswell?

The success of an embryo